The design challenge was how to sensitively insert a large modern structure in a setting of small scale, historic shops and residences. The architectural concept is a fragmented, perimeter, street-based form of three connected components, sited around a sun-filled courtyard. Domain is located in the inner Sydney suburb of Marrickville, at the corner of its main street Marrickville Road, and cross street Victoria Road. The project is an example of ‘shop-top’ housing at the depressed eastern end of Marrickville Road. It comprises shops and professional suites at street level, topped with 48 apartments, placed around a common, secure and light-filled communal courtyard.

The project comprises three, slimline buildings varying in height from 4 to 7 storeys that respond to the different site conditions on each street. The 5 storey building on Marrickville Road is a modern street wall that extends the vertical rhythms of the adjoining shops. It is set back at the third floor to reinforce the predominant parapet line, or datum, of the existing shops along Marrickville Road. The lower, 4 storey building on Marrickville Lane avoids undesirable overshadowing of properties to the south. The higher 7 storey building on Victoria Road emphasizes the main corner. Lift cores are used to punctuate street walls and express the entries and circulation of the buildings.

The one and two storey apartments are planned around two lift lobbies, access stairs and glazed galleries and include over 50% two storey lofts and maisonettes - all of which have generous balconies and terraces. Most apartments can be accessed from lobbies at both street and the secure common courtyard. Glazed, external galleries provide access around the courtyard at various levels.

The appearance of the building is simple yet layered, with strong grids, coloured planes and double height spaces. It is functional and robust, its character relying on structural expression and abstraction, rather than refinement. The cellular structure of concrete blades and extensive areas of glazing is expressed on the main street elevations. The building is rendered and painted in tones of warm and cool greys, purple and dark blue. These colours contrast with the gaily painted, historic buildings, mirror the sky and emphasise the building’s tectonics. Accents of yellow and mandarin are used to signal public entries and lift lobbies.

The building has a strong environmental response, utilising passive design to reduce energy consumption, while maintaining resident comfort. The majority of apartments have living areas and attached outdoor spaces orientated to the north and east for solar access. The slender building forms with double orientation facilitate cross ventilation and natural light. Air conditioning and double loaded corridors have been eliminated. Bathrooms and ensuites are located on exterior walls wherever possible to reduce mechanical ventilation and entry lobbies are naturally lit. Energy consumption is further reduced by the use of low embodied energy materials such as concrete slabs and blocks. Shading devices such as concrete overhangs, sunhoods, metal screens and internal blinds are used on the northern and eastern elevations to control the sun. Balconies are screened with grated aluminium grilles and translucent balustrades for privacy. 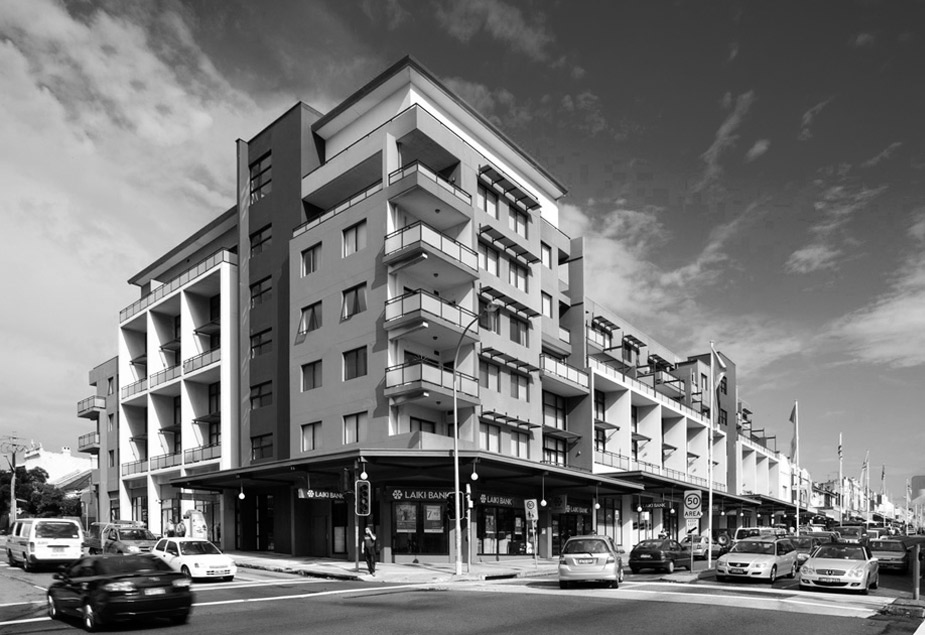 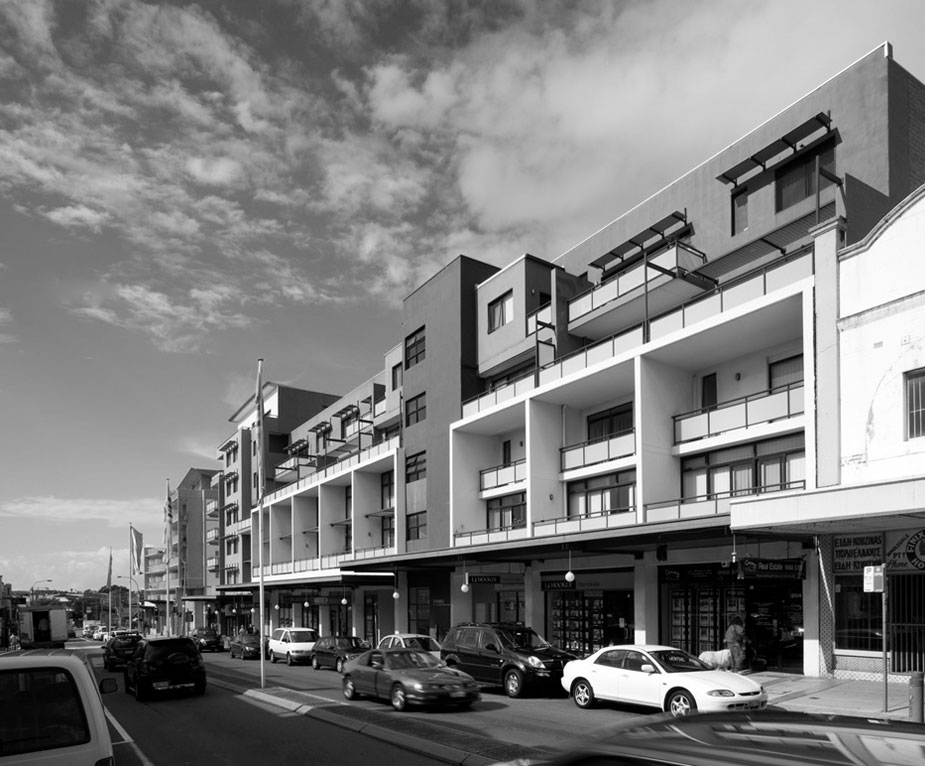 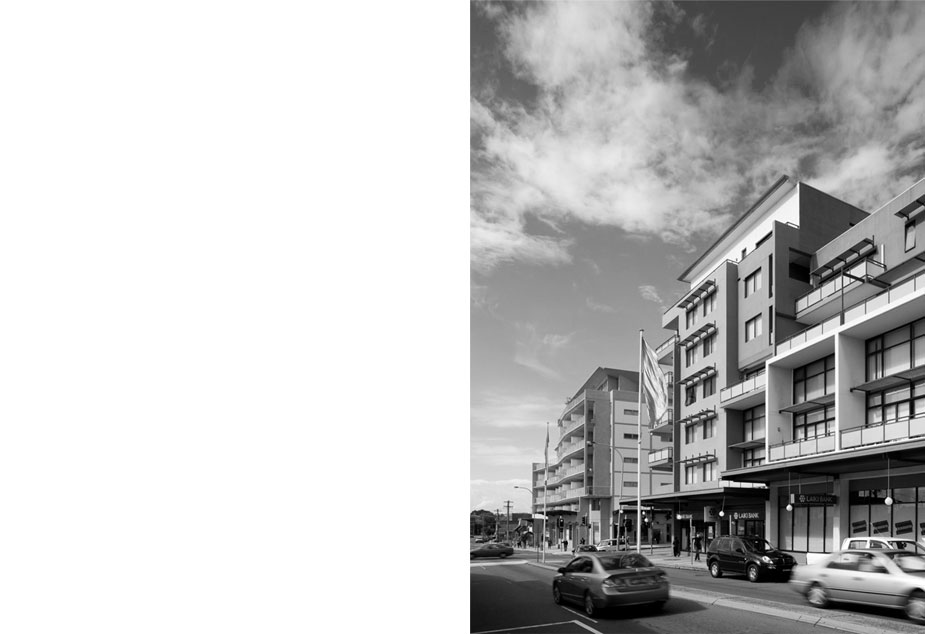 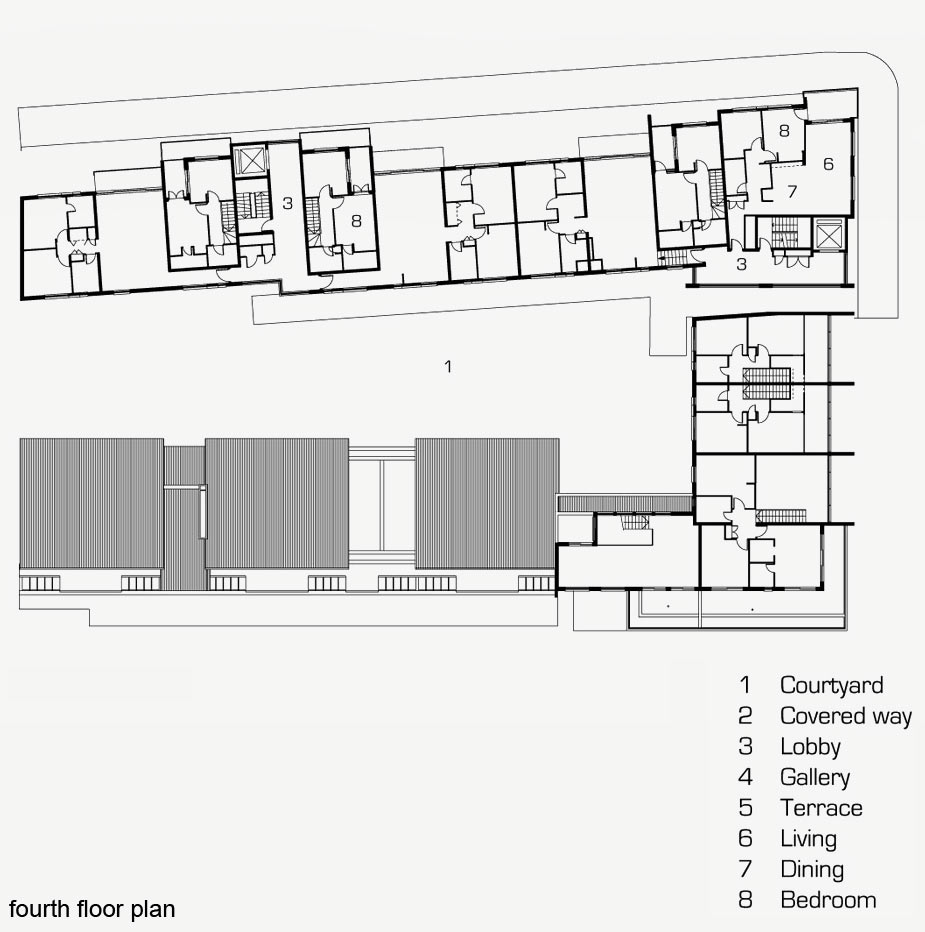 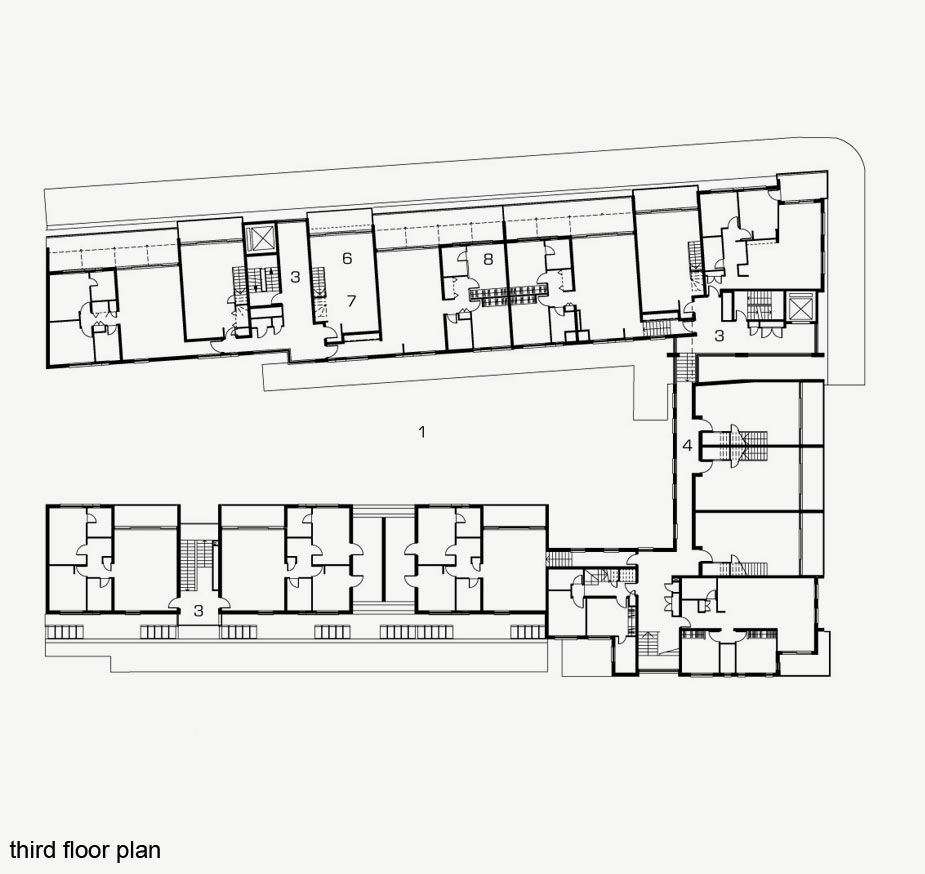 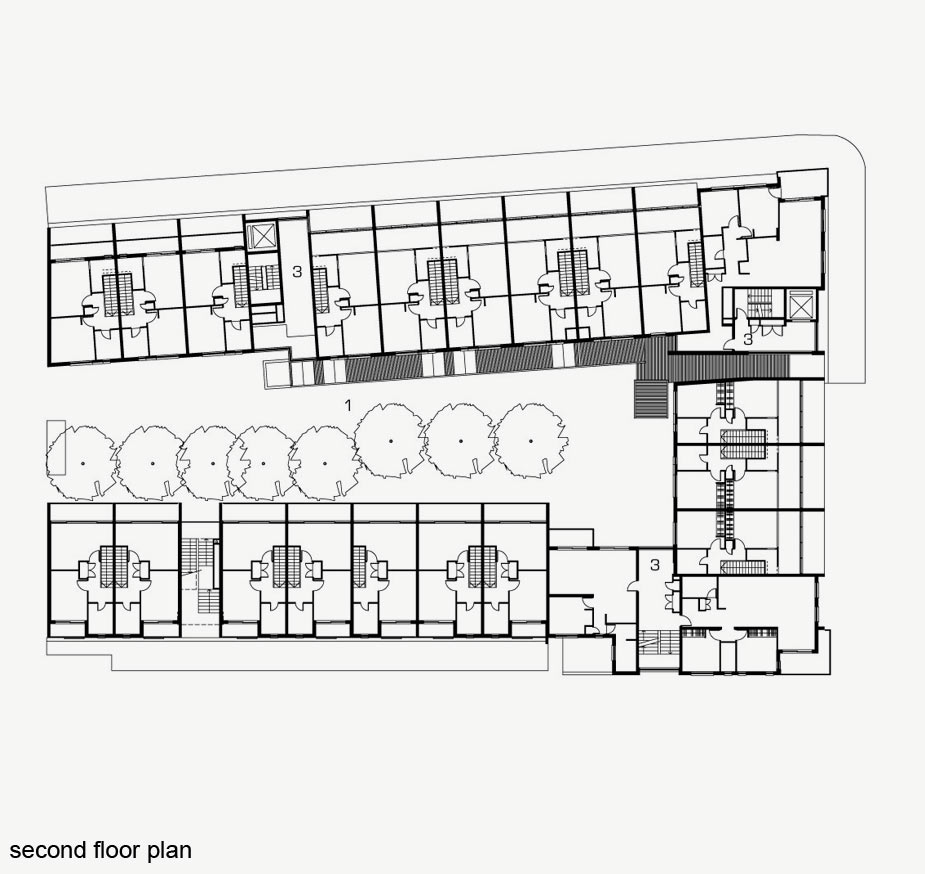 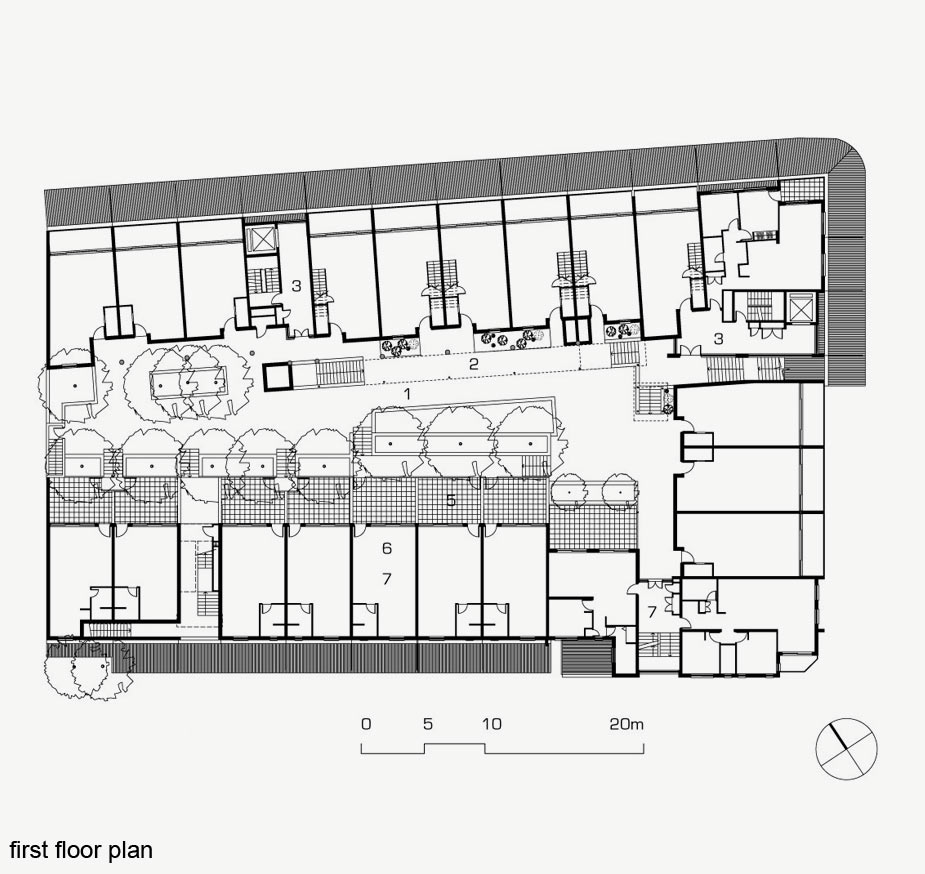 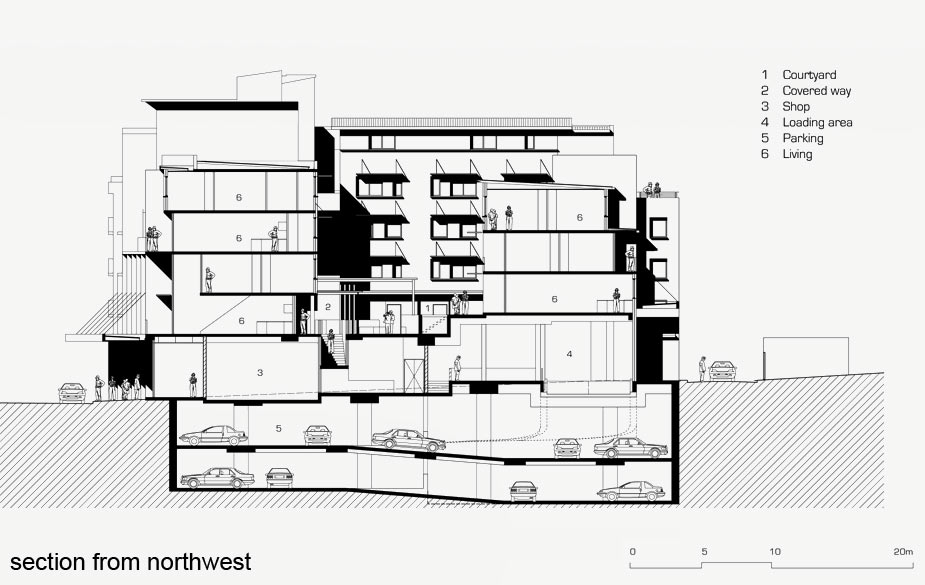 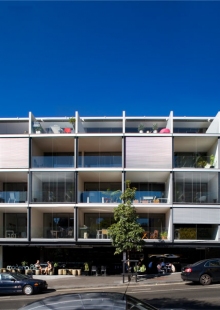 Zone is rail architecture - with it south and north elevations fronting the Illawarra and East Hills railway lines. Zone is a permeable, shaded, abstr... 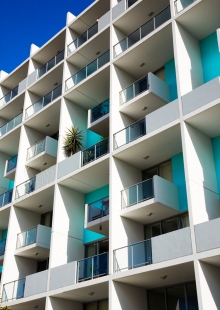 MONDRIAN is the most eco-responsive living environment in Green Square – it is the greenest building in Green Square. It is an innovative project that... 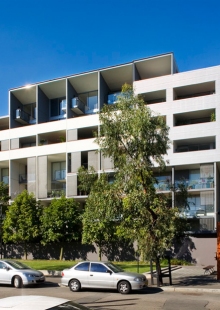