The design concept for the project is an infill and standalone, hybrid form comprising a podium and tower, within an urban setting. The building is an articulated free-standing form that is seen-in-the-round and accessed by dual frontages to Gerrale Street and Surf Lane. The form resolves an untidy collection of disparate urban pathologies, to reinforce an evolving streetscape.

The built form has been parametrically modelled to preserve the amenity and views from surrounding residential developments. The design achieves a strong image as a ‘coastal building’ by capturing sunlight and daylight using ribbons of glass technology and low maintenance glazed brickwork often used in coastal baths.

The proposed building is carefully crafted, contemporary and connected. These three key ideas underpin the aesthetics. The rich, visual nature of the architecture comes to life with clear and translucent glazing, dark metallic frames and glazed white brick that contrasts with planting that spills out over the edge of the building to soften the facades. Deep recesses along the northern and southern boundaries capture the sun and animate the facades. In an environmental sense, the ribbons of glazing and glazed bricks will vary with the time of the day and altitude of the sun.

The glazed white face bricks create a fine grain detail and slight reflectivity that is suited to the beach side location. Balustrades maximise views to the park and courtyard with metal pickets as well as emphasising the vertical rhythm of bays within the facade. Translucent and opaque glazing provides visual privacy between adjoining buildings.

The architectural character is compatible with existing developments in the area, but is clearly defined to give a variety of grain and character within this framework. Its limited palette of materials and simple form gives the building its own strength, without attempting to compete with the existing context.

The lower levels of the building have a strong relationship to adjoining buildings, with higher levels setback from the street. Additional details in the form of extended slab edges, splayed windows and part concrete/ glass balustrades are used to provide additional pedestrian scale.

The upper level to Gerrale Street has been setback to achieve a lighter appearance against the sky. Parapets have been avoided to create a thin slab edge at the roof level. The lift core has been set into the plan so that the overrun is not visible from the street.

A range of communal open spaces are provided on the site including two entry courtyards in addition to a roof terrace at Level 4. These spaces contain areas for passive and active recreation that open to Monro Park to the west. The landscaping has lush boundary planting, vines on steel cables, cascade planting and native trees. Local native planting which feature ornamental small canopy trees are located in the setback to Gerrale Street. Dragon trees and banksias are located along the southern boundary. 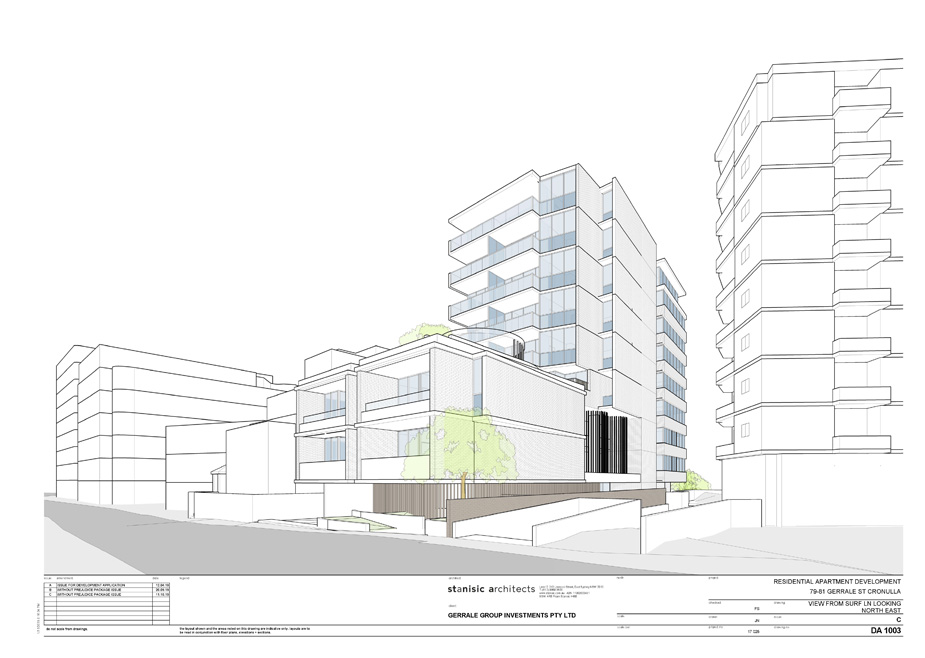 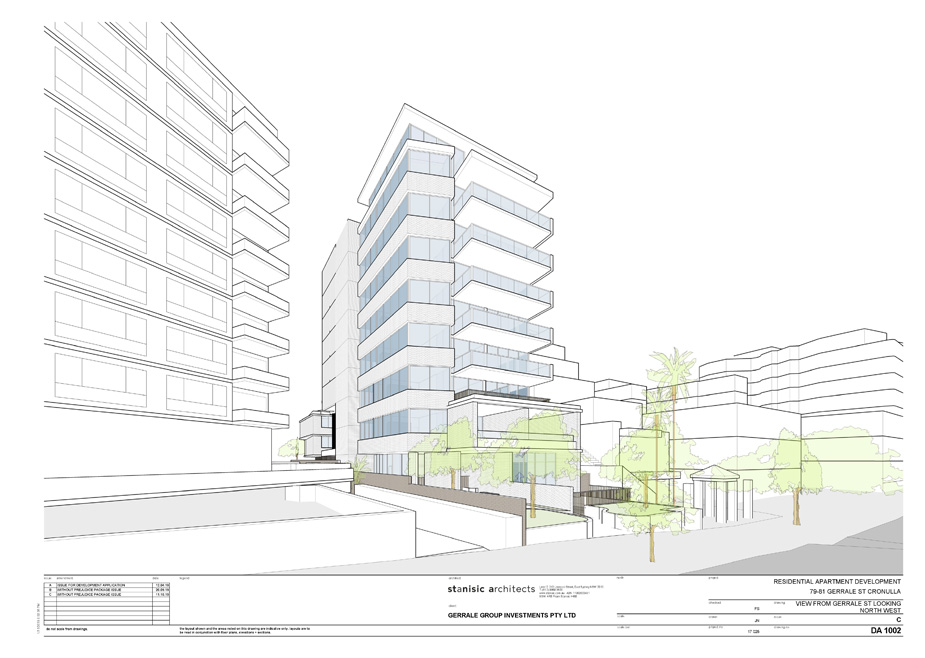 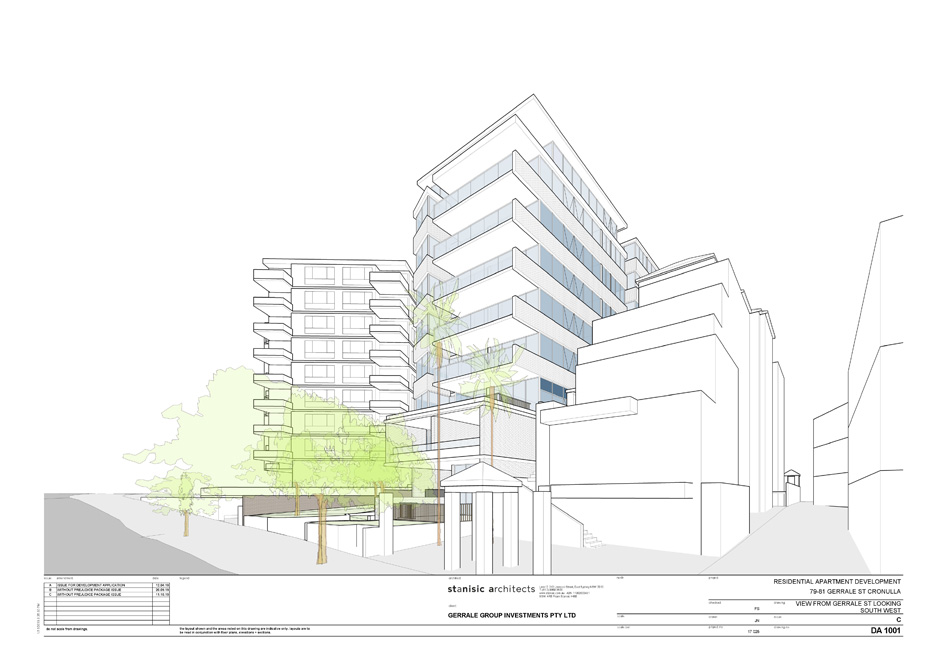 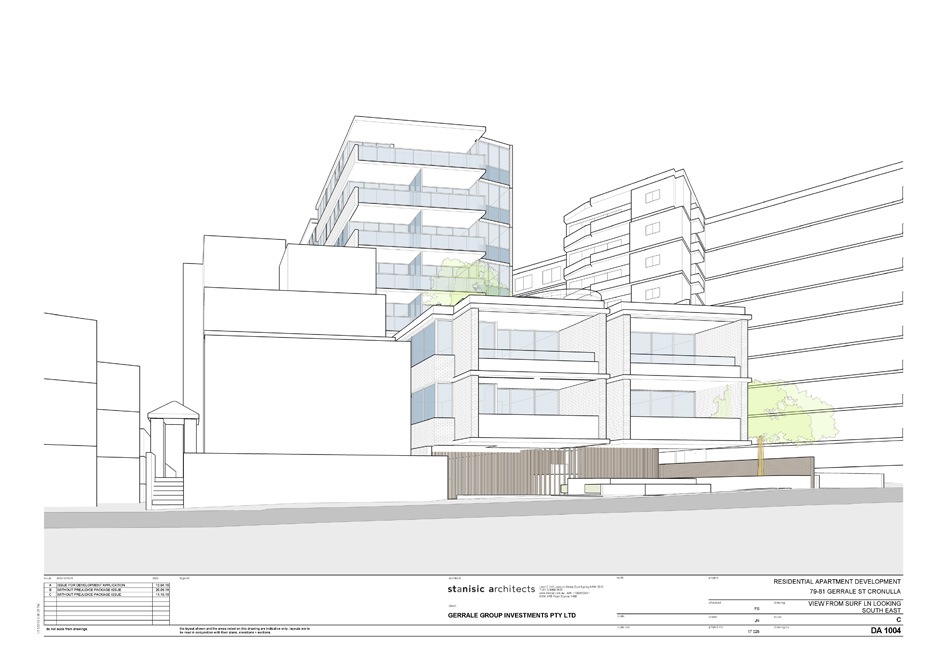 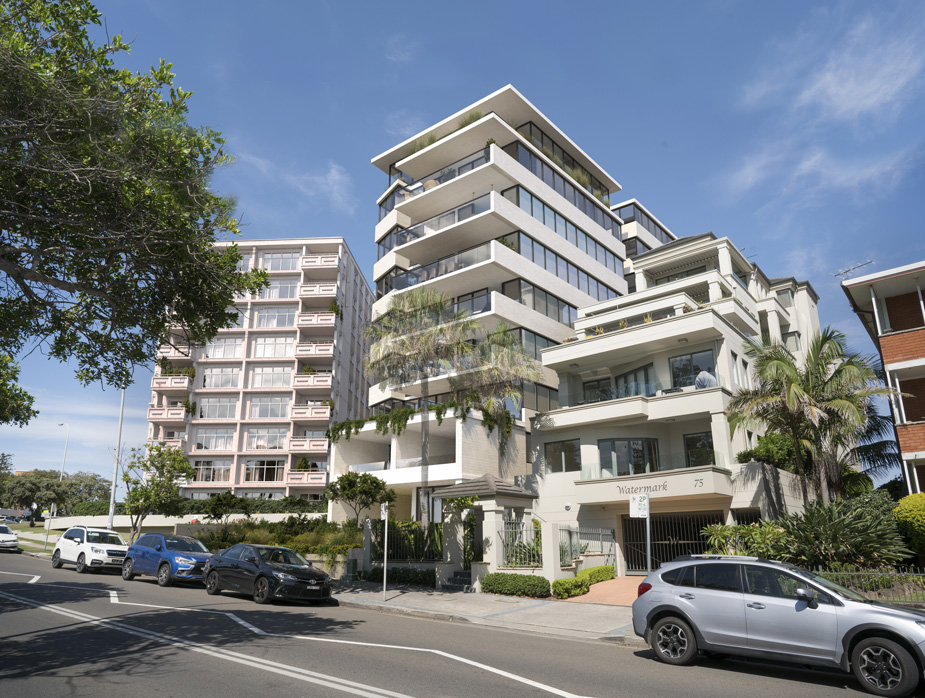 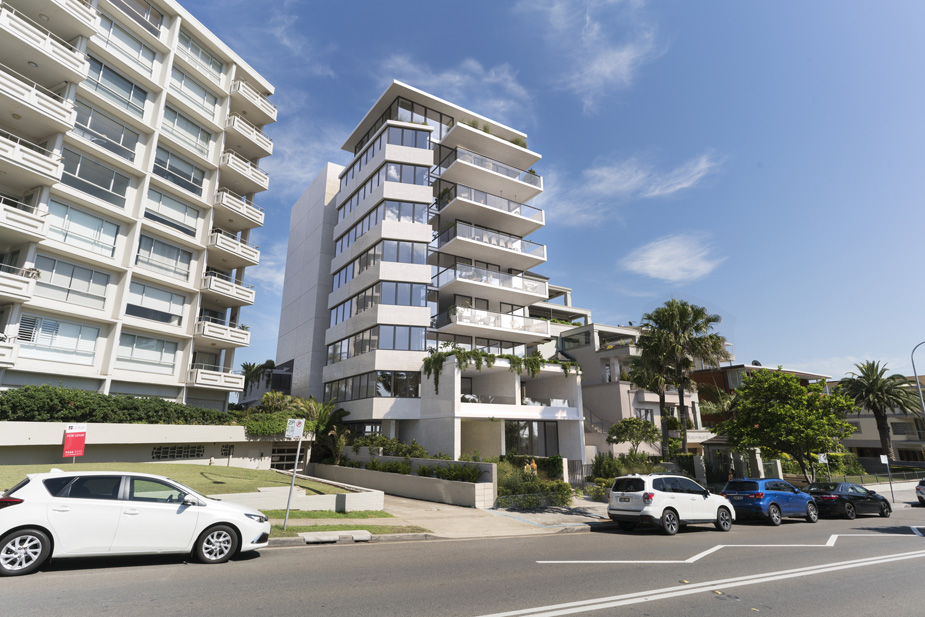 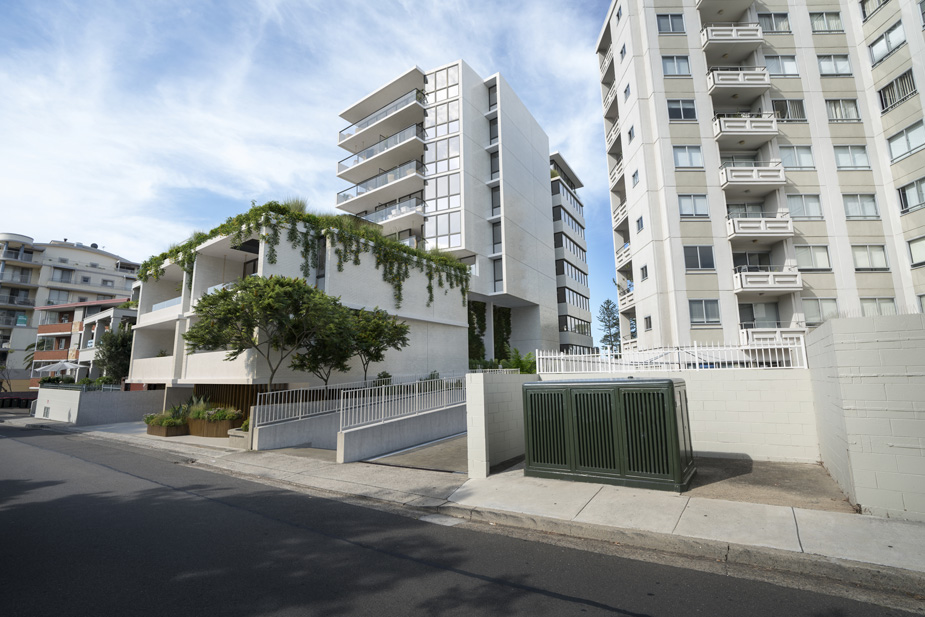 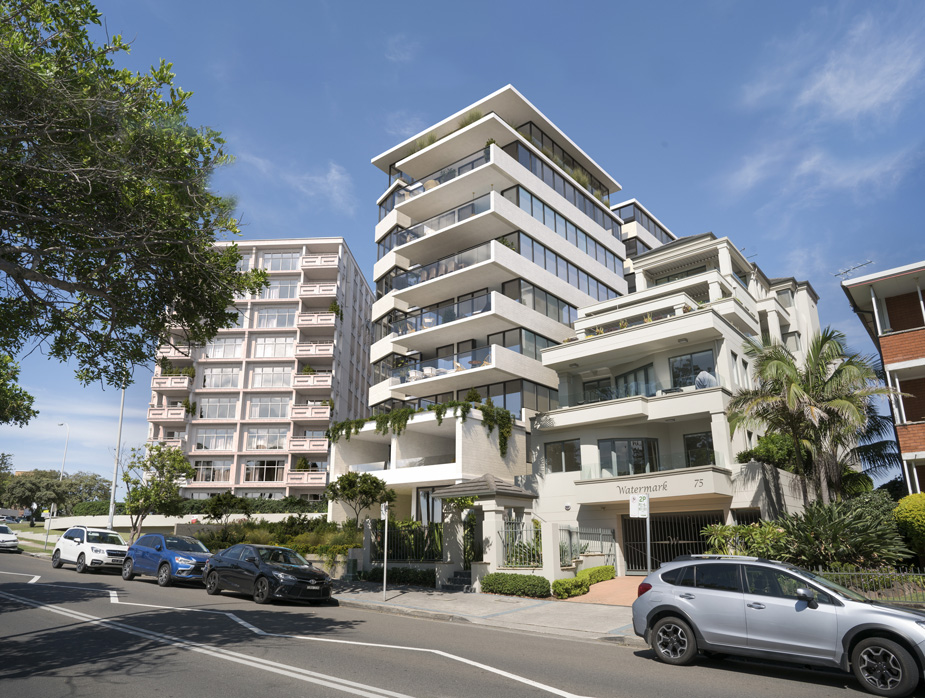